US Provides Yet $81 Million In Humanitarian Assistance To Sudan

Joint Statement Of The United States, The Republic Of Sudan, And The State Of Israel

KHARTOUM (Sudanow) - Sudan that reportedly owns about thirty percent of the Arab World’s animal wealth, has so far failed to cash adequately on this product.

Even in terms of domestic meat and milk production, the citizens suffer from the unjustified high prices of these commodities that render them out of the reach of the poor citizens.

Export-wise the Sudanese livestock shipped for foreign markets has failed to fetch no more than an annual one billion Dollars, despite the vast quantities exported. Economists often attribute this situation to bad management and what they call “smuggling across official papers.” This interprets in that the concerned authorities should tighten their measures and unify export windows, a measure the government has recently taken by announcing its “one window export policy.”

Another aspect of mismanagement of this important sector is also well demonstrated in the recent recurrent occurrence when Saudi Arabia, the biggest for Sudan’s livestock exports, repeatedly returned shipments of sheep because their immunity is below the standard specifications. Some 120,000 heads of livestock were returned in early July, preceded earlier by 149,000 heads.

But the mismanagement and indiscipline on the part of the exporters often oblige the Saudi authorities to return sheep exports for low immunity.

Caretaker Minister of Animal Wealth Dr. Aadil Farah Idris has told a recent press conference that Sudan has so far exported 735,453 heads of livestock, with Saudi Arabia receiving 450,000 heads during the first of April to the First of July 2020.

Minister Idris has attributed the returned shipments from Saudi Arabia to inadequate shipping due to the fact that the export vessels are not properly ventilated and lack suitable food and water appliances. As a result some 3000 heads have perished on the way back from the Saudi port of Jeddah, he said.

He said due to lack of coordination among the concerned ministries and commercial bodies and due to absence of commitment to the Saudi health specifications where the livestock has to be immunized and kept in the quarantine for a whole month,  the shipments were returned from the Port of Jeddah.

Another Saudi condition is that Sudan should send no more than one vessel of livestock to Saudi Arabia per day.

Thus the situation, Minister Idris has called for the unification of the immunity measurements with  those of Saudi Arabia.

He said because some quarantines were unfenced some unimmunized sheep strayed and mixed with those immunized before they were shipped to the Saudi ports. This had happened towards the recent Qurban Bairam festivity.

He said one head of sheep can fetch the equivalent of $200 if exported in the right manner, adding that Sudan sheep increase by more than two million heads per year, he said. 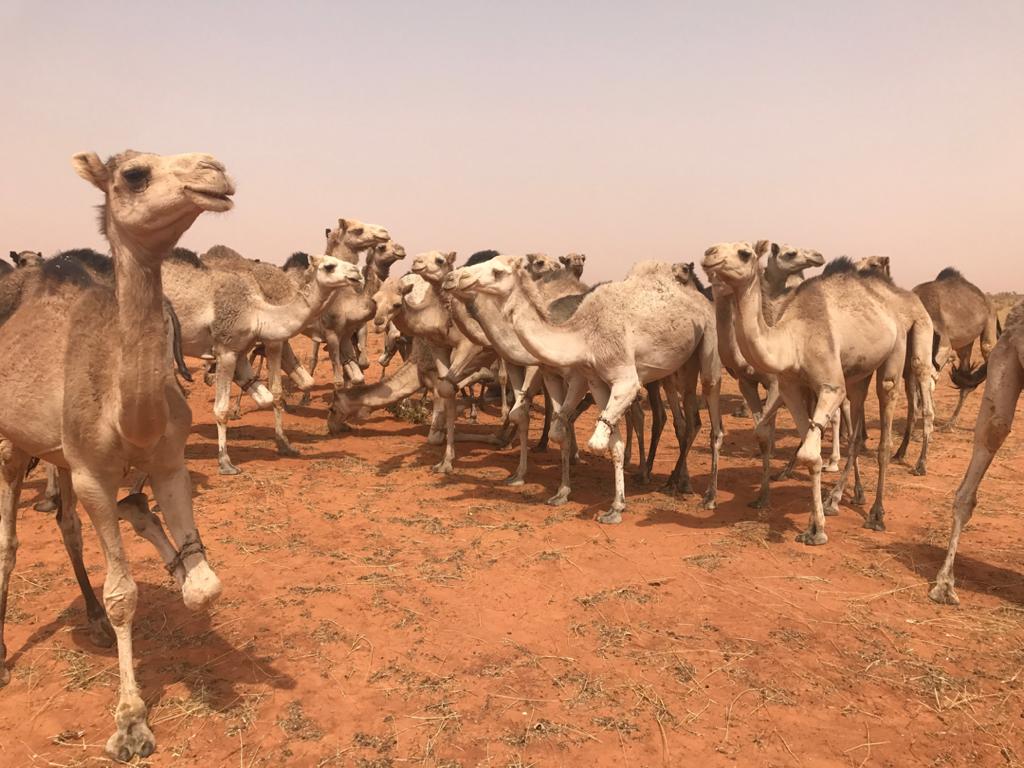 Mr. Mahmood further revealed that if exported in meat and beef form, Sudan’s annual revenue from this commodity could jump to $10 Billion, that can easily provide the country’s needs of foreign exchange; and without any effect on the local consumption.

He said the repeated returning of Sudan’s livestock shipments from Saudi Arabia had caused the country’s exports to stop and thus discouraged exporters and producers due to accumulating losses.

He said there is need to launch an ‘exports council’ of concerned bodies that can take part in decision-making and draw policies. There is also need to upgrade slaughterhouses, coolers and trucks and sea and air transport facilities . There is also need to boost the supply police forces and mandate them to stem the activity of illegal traders.

The Central Bank of Sudan and the Ministry of Commerce should retrieve export unpaid revenue on the part of some exporters and revise the exporters lists , he said.

“All we need is policies which are protected by the law and to control exports to maintain the real value of our exports,” he said.

Mr. Ali Habeeballah, Finance Secretary of The Livestock Exporters Department in the Sudan Businessmen Association, told Sudanow Sudan’s 110 millions heads of livestock can contribute a good deal in the national economy if well cared of.

But he said the reshipment of some livestock exports from Saudi Arabia has caused the death of a big sum of livestock, thus reducing export revenue by about an annual $ one billion

The Sudanese animal wealth, he said, is one of the best in the World thanks to abundant water and natural pasture. It is healthy and  feeds on natural pastures, a matter that wins it international buyers.

Sudan’s sheep are also the best and find many buyers when exported alive and do fetch good prices on the World market, he said.

But the other types of livestock can be exported in beef form to secure an added value. This also requires the provision of sophisticated slaughterhouses, transport facilities and due health care to avoid any complaint from the importers.

Habeeballah also urged the Ministry of Commerce to open up more markets for livestock export now that some African countries are now contending with Sudan on the global market.

The banks active in the livestock business should do their best to beef up exports, examine the existing markets and their actual needs in terms of quality and quantity in order to activate trade and enhance the trade balance, he said.

He said inadequate funding had caused the deterioration of this sector and the decline in the trade balance.

He further called for the provision of suitable export vessels and  the reduction of government levies that burdened producers and exporters.

There is also need to launch specialized agencies for livestock export and to prevent harmful practices, he said, urging the private sector to support livestock research, introduce modern technologies to promote exports, launch veterinary teams to check the herd on site to prevent diseases.

In conclusion this vast economic resource should be managed carefully and the Animal Wealth Ministry should take the reins, rally the cooperation of concerned entities and discuss the details of the exports issue and close all the existing loopholes.

DOHA, QATAR (Sudanow) - Professor Nimir Osman Albashir has won the Qatari Industry Development and Knowledge Transfer (IDKT) award for the most Distinguished Inventor of the year 2020. The award organizers said Prof. Bashir was qualified for the award by a number of his scientifically and economically feasible scientific researches. Nimir had graduated from the University of Khartoum a...