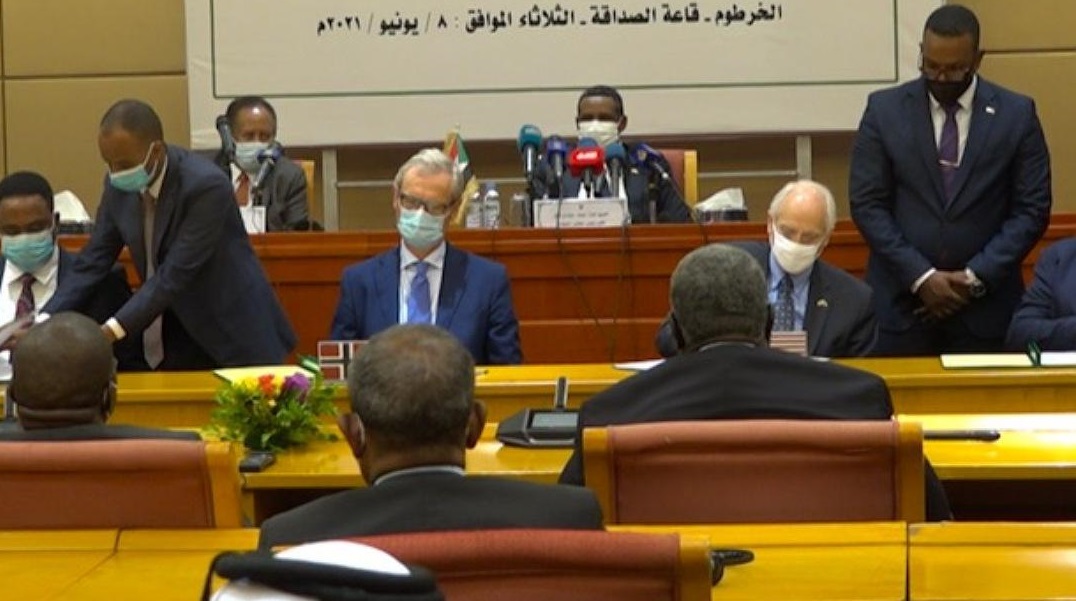 For the past few weeks the public debate was dominated by one narrow issue: will the government lift subsidies starting with fuel and edge towards floating the pound in its forthcoming budget?

That debate was fueled more by a press release from the International Monetary Fund (IMF) following its typical Article Four consultation earlier this month when it said “discussions between the IMF team and the authorities focused on policies and reforms to re-establish macroeconomic stability and support stronger broad-based economic growth. This requires the liberalization of the exchange rate, revenue mobilization, and gradually phasing out fuel subsidies.”

It went on to add “the political change provides Sudan with a window of opportunity to implement critical reforms that address major macro imbalances and create the conditions for sustained inclusive growth. However, the challenges facing the new government are daunting. The economy is shrinking, fiscal and external imbalances are large, inflation is high, the currency is overvalued, and competitiveness is weak.”

But that release stopped short of providing a signal that external help is coming. In fact nothing should be expected from the donors, who have indicated during their meeting in Khartoum earlier this month that nothing concrete in terms of aid is forthcoming now and nothing should be expected before the scheduled meeting in April. Clearly one of the rationale behind this feet dragging from the donors is to see how Sudan is doing in terms of putting its own house in order before knocking on foreign doors.

Unfortunately and despite those clear signals the draft budget depends on more than 50 percent of its revenue on supplies to finance the spending from abroad.

And that what raises serious question marks that go beyond debating figures and should look deep into the rationale behind it. One of the most serious issues is the philosophy and the common understanding behind the budget. Is it going to depend on domestic resources or abroad? How is it going to mobilize those domestic resources, make the necessary surgery in cutting public spending and adhere to nationally agreed upon priorities?

Looking for outside help will not be easy as well. Aside from the Friends of Sudan Forum which is adopting an strategy of wait-and-see, some unconfirmed reports spoke about some frank remarks raised by both Saudi Arabia and the United Arab Emirates (UAE) that hope to see Sudan tackle the issue of subsidies and that they will find it difficult to help Sudan by providing subsidized fuel at the time they have started to lift subsidies into their own countries. Saudi Arabia and UAE were crucial in their support as they committed themselves to providing $3 billion and the hope that they will continue to help through the transitional period, but clearly that depends on having a common understanding and where the issue of the subsidies is going to prevail one way or another.

In all this there is a political price that has to be paid and agreeing on any price needs a strategy adopted by various parts of political groups dominating the scene so far. And this requires agreeing on a practical program by all components of the transitional period, the Sovereign Council, the government and the Forces of Freedom and Change (FFC), who represent the political force behind the government.

Such program should exceed the generalities and frameworks that have been the salient points in the government performance so far and it boils down to the basic question on the price to be paid and whether there is enough political capital to resort to and pay that price. After all the issue of the subsidies is one of the many ill symptoms inflicting the country’s economy.

Failure to address this issue in a serious way threatens missing the boat and utilizing the popular feeling that help make the political change possible. But to overcome this stage requires a big shift in approach. What united FFC in the first place was its position against the deposed Ingaz regime, but transforming this wide political alliance with different views and approaches needs a qualitative shift focussing on what to do and how to do it in terms of addressing the Ingaz legacy.

And that is a real challenge facing FFC and its government, not only in economy, but in peace as well which is central to the success of the transitional period.

KHARTOUM (Sudanow) - Still the men and women of the Sudan continue to give a rare example of courage and faithfulness to the promise they made  to protect the December 2018 Revolution, presenting new 40 martyrs in the state of Khartoum alone in the ongoing protests against the 25 October 2021 military coup.The Medical Doctors Union has put the number of the martyrs who rose up to th...