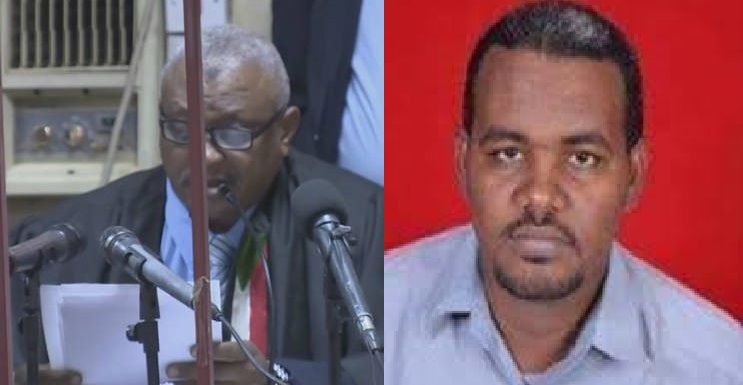 KHARTOUM (Sudanow)- A Sudanese criminal court on Monday sentenced 29 security officers to death after finding them guilty of torturing a teacher to death in eastern Sudan during the uprising that toppled dictator Omar Bashir in April 2019, Omar Abdul Atti, the Chief of the Defense Board told the press after the announcement of the verdict.

Ahmed Khair, a secondary school teacher from eastern Sudan’s Kassala State, was tortured to death in January 2019, in interrogations and confession extraction during protests that resulted in the toppling of Bashir. He was in detention in security custody in Khashm Girba town, Kassala.

The trial took place in an ordinary court following due process of law according to the Sudanese laws.

Judge Al Sadig Abdul Rahman al Faki of Omsurman Centeral Court presented in the televised sitting the proceedings on which he has based his verdicts.

The teacher case has drawn wide condemnation from the Sudanese because of his position as a teacher and the brutality of the interrogators who, a tour de role, continued beating him.

The court conducted, since its start on August, over 20 sessions for trial of 38 suspects.

Omar Abdul Atti, said one was released, two served 2 years each while seven others were set free.

But he said his board was going to appeal the release and the lenient sentences because the “beating was immoral and unjustified” he said the perpetrators applied a “brutality (that ) was exceptional and the force used was excessive against a simple man in their custody.”